Fashion Tips for the Depressed Enby

content warning: this post discusses depression, and also touches on dysphoria, menstruation, and a mention of a pet death; brief mentions of kink as a coping mechanism, including using the honorific “daddy”

Ah, nonbinary fashion. It’s a meaningless term! There’s no one way to be nonbinary, and clothing isn’t inherently gendered, so you can literally wear whatever you want if you’re nonbinary. Ding! End of post.

That said…when I came out as nonbinary earlier this year, it was a great opportunity for me to experiment with fashion and what really genuinely made me feel my gender, whatever that gender is. I got a lot of joy out of wearing a denim vest, or wearing a button-down and suspenders, or racerback tank tops, or other things that affirmed my gender. I googled around, saved Pinterest images of things that inspired me, reworked things in my closet or got a handful of new things, and generally reveled in finding the things that made me feel like me.

Things got kinda bad. I had some personal stuff happen (including losing my beloved cat Percy without warning in mid-August) and the news is all bad and also like…I just…have depression. It’s like a thing. That I have. And sometimes it’s kinda bad.

And suddenly, coming up with cool nonbinary outfits went from a fun way of expressing myself to Kind Of A Chore. So, let’s explore some low-effort, high fashion outfits, from the depths of my depressed closet!

A cute around-the-house outfit, our model is sporting their “Gay Star Trek” tank top from Etsy, which has a hole in it from hugging a cat (the not dead one) who has massive claws. Because they’re enjoying their annual period thanks to birth control, they’re wearing American Eagle boxer briefs over panties to try to deal with some of that sweet, sweet dysphoria. By sheer coincidence, the fun galaxy print on the boxer briefs pairs really well with the Star Trek theme of the shirt!

Racerback tank tops are one of the most important features in our nonbinary arsenal; whether a loose cut work-out tank to make any breastage a little more subtle, or a tight, ribbed undershirt that shows the whole shape but has that masculine association, it makes our model feel very gender neutral and is one of the first things they go for. It’s also loose around the neck, which is important with their sensory issues.

Short hair is not difficult to style, but today our model really can’t be bothered, so instead part of it is sticking out for that fetching mad scientist look.

To really tie the whole outfit together, and to be slightly less cold, we’ve styled our model with a gray, heart-printed bathrobe for that “The Dude” Lebowski look; it doesn’t really cover their legs when they’re cold, but it offers a great excuse if one does not wish to wear pants. It could use a wash, which also goes for the rest of the look, including the model.

This green “SUBmissive” tank top (from Pen and Kink) with spaghetti sauce stains is a fashion must! With that perfect racerback cut tank that is, apparently, 90% of our model’s gender expression, it also helps them feel better with the friendly reminder that they’re not in charge, and can lean on Daddy.

The stains are a must for that “effortlessly casual” look, and fond memories of a really tasty pomodoro sauce their partner made the other day.

Pajama pants are, of course, the most gender neutral of all clothing. Today’s outfit features some bright orange ones with black cats, clashing horrendously with the green tank top. They’re several sizes too big, which is ideal for that “oh god, must I wear pants?” feeling and for making our 5’2” model’s legs look even shorter than usual.

Their hair still needs a wash, but since that’s not going to happen, they decided to actually brush it back and up into something resembling a hairstyle! This will all go out the window when they take a depression nap later, but it actually looks pretty decent and makes them feel a little bit like they care about their appearance, which is actually really important in getting through their depression eventually.

Finally, we tie the whole look together with some puppy slippers! They might actually be lop-eared bunnies, but we’re pretty sure they’re puppies. Aren’t they cute? Woof woof. Like the Sub shirt, this helps to remind them of their kink roles, which is very helpful when they’re not doing great. Also, since the pants are too long, they help keep the bottom of them from slipping down onto their feet and sending them skidding across the kitchen when they’re making coffee.

“Oh, I have to leave the house?” fashion at its finest, today our model is sporting basketball shorts! They’re like pajamas, having both elastic and a drawstring, but, for some reason, are slightly more acceptable to wear out of the house; more importantly, they have very large pockets. They’re a fine example of athleticwear used for fashion, as opposed to athletics, because that’s just like, not gonna happen.

Because our model has been wearing the same tank tops for several days in a row, they’re freshening up their look a little by switching to a Hello Kitty t-shirt. Not only is it comfortably loose, and can be worn without either a bra or a binder (not that they bother with either on a good day either), but having a cute image makes them feel like maybe things aren’t completely awful.

We’ve finished this look off by actually combing hair again and briefly considering shaving it all off before realizing that was even more work, and then adding a pair of $5 Walmart sandals to show off the pedicure that was done a month ago and is now missing a few toenails worth of polish, for an avant-garde approach to cosmetics.

In all seriousness…it has been very helpful for me to dress in a way that feels gender-affirmative even when I am not up to putting in much effort. The tank tops are great, as are the boxer briefs under just about every outfit, both of which I wear even when I’m not in the depths of depression. When I was still trying to “be” a woman and often presenting as femme, I would try to wear soft dresses and things to be comfy, and while they were comfy, they still always felt like performance, like I needed to do more if I wore them so I could Look Like A Woman. I’m not a woman, I’m nonbinary, and dressing more androgynously actually makes me feel a lot more like me.

I love being queer; when I’m depressed, doing things that feed into that love are important. While joy is a little difficult to come by at the moment, having little things that feel right can help my mood in subtle ways and is better for me in the long-term. It’s just like any other thing I need to do when I’m depressed; eating decent meals won’t cure my mental illness, but it will make my body function better, and that will both make it easier to fight off my depression in the moment and will help me to stay healthy overall, independent of my brain cobwebs.

Also, here’s the cat with the giant paws and giant claws, for your enjoyment. You can’t see his claws, but I assure you, they are a menace to any shirt.

Want more like this? Try my Kink as a Coping Mechanism tag and my Nonbinary tag. 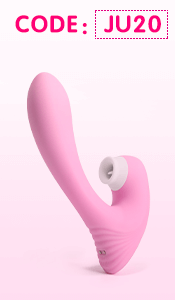 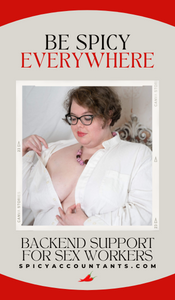 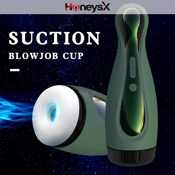