Tako, formerly called simply Tentacle, is a platinum-cured silicone representation of—you guessed it—a tentacle, made by Bad Dragon. (Tako is Japanese for octopus, as most sushi aficionados know.) Bad Dragon has been around since 2008, and was one of the first companies to produce exclusively fantasy sex toys. Fantasy sex toys, depicting a variety of non-human shapes for sexy purposes, don’t exist only fulfill fantasies for furries or teratophiles/xenophiles/exophiles/monster fuckers, although that’s a popular and valid use. They’re also a great option for people who, for whatever reason, are uncomfortable or uninterested in realistic human penises. That list can include, but is not limited to, lesbians, people with trauma, or hetero men who want to explore insertion. And sometimes, people simply want to experience a sensation they can’t get with a human penis—or a model of one, as the case may be.

My partner has bought many, many Bad Dragon toys over the years, and has enjoyed just about all of them. But I find a good number of them too big or awkward to use—or, periodically, too small. Their size charts have improved considerably over the year, but for a long time, you had to stare at a Coke can for comparison and hope you were judging correctly, and I generally guessed wrong. Or sometimes, because they have multiple silicone densities to choose from, the size was fine but the squish made it impossible for me to use, sort of like trying to thrust with Play-Doh. I mean, I assume, I’ve never actually tried that. (My partner likes using the very squishy Chance we have as an unusual packer or as an impact toy, though, so all is not lost.)

So when we decided to buy the Tako, purchasing it in both medium size and medium density, I was pretty excited that we’d have a toy I could definitely use regardless. The tip is very tapered, and those suction cups seemed like a lot of fun for a texture fiend like me. We bought it during their annual June pride event, so obviously we had to get it in rainbow colors, because if we were going to be penetrated by nefarious tentacle demons, they were going to be beautiful tentacle demons.

The silicone itself is…interesting. A medium firmness is still pretty squishy, and the head of the toy flops a little, though not to the point where it’s unusable. Bad Dragon’s silicone mix is also kind of a lint magnet, so you definitely have to wash it off whenever you want to use it, especially if you have cats because, as you know, cat hair gets everywhere regardless of where the actual cat has been. Like all true silicone, the Tako can be washed using normal soap and water or a toy cleaner, and can be boiled to sanitize if you’re sharing between partners, or if you want to go from anal to vaginal use. You can also soak it in a 10% bleach solution.

For internal use, the Tako is a weird sensation. The head is tapered but has an arrowhead-like flare to it, which you can definitely feel, but it’s nothing like the bulbous head of most phallic toys. I like to use it facing either way—with the smooth side upwards, the head strokes my g-spot more directly, but with the suction cups facing upward, the texture is more noticeable to me. Because of its tapering and S-curve, it’s not easy to thrust quickly. It lends itself better to slow movements, which is atypical of how I usually masturbate. The tentacle’s shaft gradually gets larger, and that’s another interesting sensation—Bad Dragon’s ad copy offers a “stretching” sensation, and it’s there, but not the way it is for most large toys. It’s a temporary, recurring stretch if you’re trying to thrust with it, or a steady, immobile one if you leave it.

The one issue I have with the Tako—and with all Bad Dragon toys—is that I find the base really clumsy to hold. It’s roughly the size of a cheeseburger. This is great for anal use, because with a base like that, that toy isn’t going anywhere you don’t want it to. But it’s still awkward and, depending on the shape of your body and how you choose to hold it, might get in the way if you want or need clitoral stimulation. Fortunately, it doesn’t block mine, so I’m still happy. Because the base is heavy, though, many people find this an advantage if they want to ride a Bad Dragon toy, but that’s not my preference, and with the Tako’s curvy, floppy shape, that seems like it might be awkward.

This review was not sponsored, and the toy was purchased with my own money. I do not have an affiliate relationship with Bad Dragon, and purchasing through them will not garner me any income. The post does contain multiple affiliate links for other products. 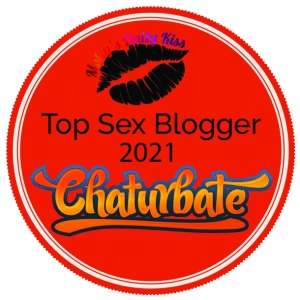 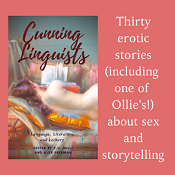